We provide sex therapy, marriage counseling, relationship therapy, and individual therapy to transgender clients in Camp Hill, Mechanicsburg, Harrisburg, Hershey, and the East/West Shore. Our therapeutic approach is supportive, collaborative, and integrative. We work to tailor treatment approaches to the needs of our clients and to collaborate on identifying goals. Our goal is to help clients gain insight, improve communication, rekindle intimacy, and strengthen coping skills. Our clients appreciate our warm and accepting style. In accordance with the World Professional Association for Transgender Health (WPATH) standards of care, we are honored to be trusted by a variety of medical practitioners in the Camp Hill, Mechanicsburg, and Harrisburg area to provide mental health evaluation services (and letter/documentation) prior to surgery.

We work with adults from a variety of backgrounds, systems of belief, and sexual preferences. Our specialties include sex therapy, individual, and couples counseling for transgender individuals and couples.

The classification of a person as male or female. At birth, infants are assigned a sex, usually based on the appearance of their external anatomy. (This is what is written on the birth certificate.) A person’s sex, however, is actually a combination of bodily characteristics including: chromosomes, hormones, internal and external reproductive organs, and secondary sex characteristics.

External manifestations of gender, expressed through a person’s name, pronouns, clothing, haircut, behavior, voice, and/or body characteristics. Society identifies these cues as masculine and feminine, although what is considered masculine or feminine changes over time and varies by culture. Typically, transgender people seek to align their gender expression with their gender identity, rather than the sex they were assigned at birth.

Describes a person’s enduring physical, romantic, and/or emotional attraction to another person. Gender identity and sexual orientation are not the same. Transgender people may be straight, lesbian, gay, bisexual, or queer. For example, a person who transitions from male to female and is attracted solely to men would typically identify as a straight woman.

An umbrella term for people whose gender identity differs from the sex they were assigned at birth. People under the transgender umbrella may describe themselves using one or more of a wide variety of terms – including transgender. Some of those terms are defined below. Use the descriptive term preferred by the person. Many transgender people are prescribed hormones by their doctors to bring their bodies into alignment with their gender identity. Some undergo surgery as well. But not all transgender people can or will take those steps, and a transgender identity is not dependent upon physical appearance or medical procedures.

Used as shorthand to mean transgender or transsexual – or sometimes to be inclusive of a wide variety of identities under the transgender umbrella.

Altering one’s birth sex is not a one-step procedure; it is a complex process that occurs over a long period of time. Transition can include some or all of the following personal, medical, and legal steps: telling one’s family, friends, and co-workers; using a different name and new pronouns; dressing differently; changing one’s name and/or sex on legal documents; hormone therapy; and possibly (though not always) one or more types of surgery. The exact steps involved in transition vary from person to person.

Also called Gender Confirmation Surgery (GCS). Refers to doctor-supervised surgical interventions, and is only one small part of transition (see transition above).

A term used to describe people who are not transgender. “Cis-” is a Latin prefix meaning “on the same side as,” and is, therefore, an antonym of “trans-.”

Terms used by some people who experience their gender identity and/or gender expression as falling outside the categories of man and woman. They may define their gender as falling somewhere in between man and woman, or they may define it as wholly different from these terms. The term is not a synonym for transgender or transsexual and should only be used if someone self-identifies as non-binary and/or genderqueer. 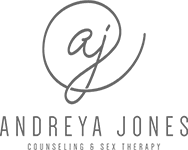